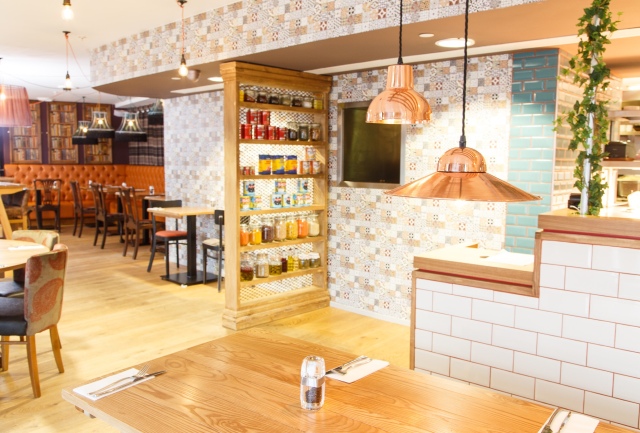 A couple of weeks ago I was lucky enough to be invited to the re-opening of Marmalade at The REP theatre in Birmingham. Over the past couple of months Marmalade has been rejuvenated, with the addition of a new outdoor terrace, delicious new menu and a live events programme. Marmalade is situation near the newly redesigned Centenary Square making it the perfect location to pop in for a bite to eat or for your pre-show meal! 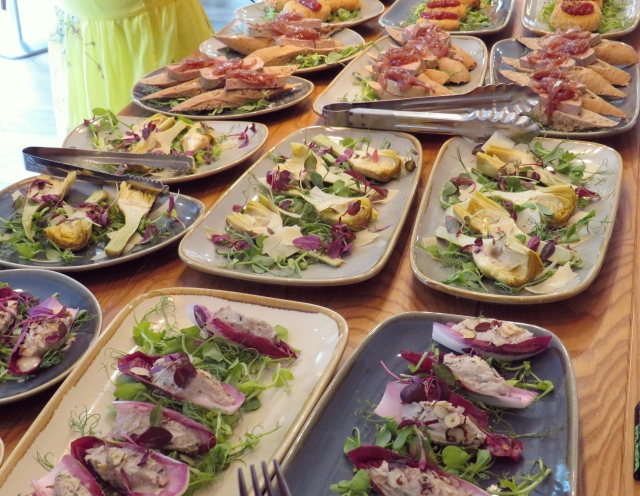 Their exciting new menu has been designed to utilise locally sourced ingredients and suppliers where possible, not only promoting local business’ but also reducing the environmental impact sourcing ingredients has!

Firstly, I tried some of their small plate options (which would make perfect starters). I opted for the fava bean patties with a tomatillo chutney and dukka spices as well as the chicken liver paté with onion jam and toasted bread. Both were full of flavour and really morish, I had to stop myself from eating more as to leave room for the mains! 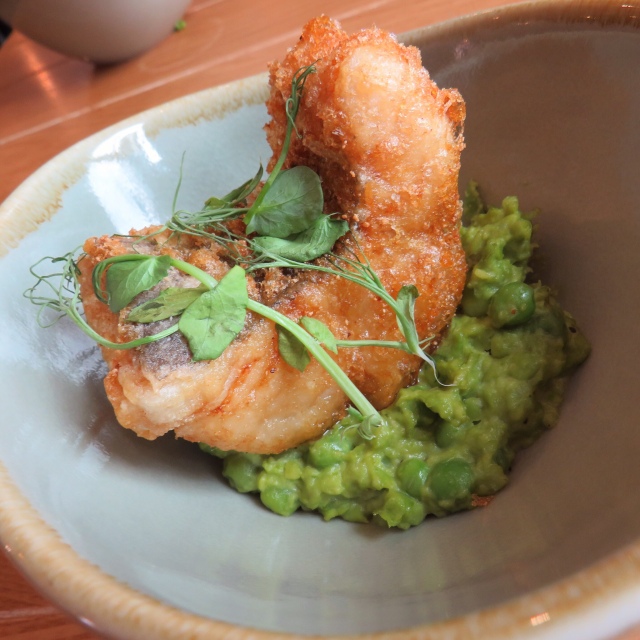 For the main I opted for the battered catch of the day which was served with mushy peas (on the normal menu they are served with triple cooked chips). This dish was cooked to perfection, I couldn’t get enough and the mushy peas were the best I’ve ever tasted. 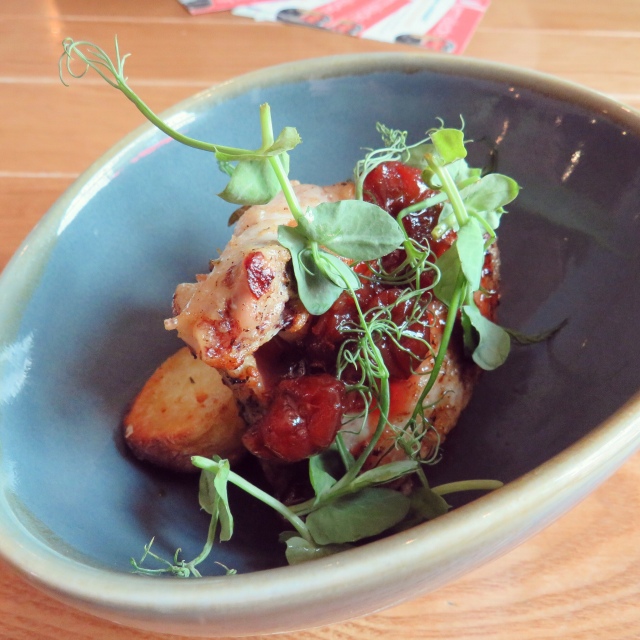 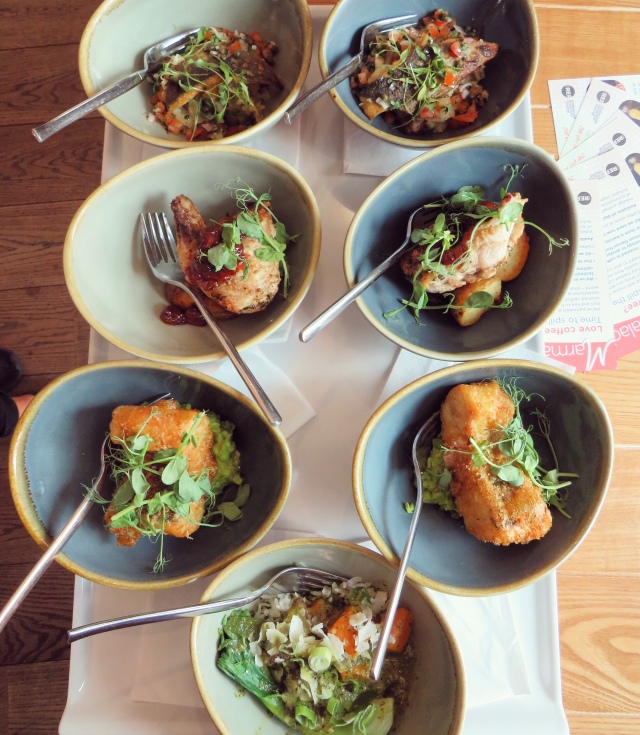 For desserts I was spoilt for choice but eventually decided on the chocolate & coffee mousse with chantilly cream and pecan praline. The soft airy slice of chocolate deliciousness really hit the spot! My friend opted for the apple & rhubarb crumble with coconut ice cream – the perfect balance between sweet and tart. 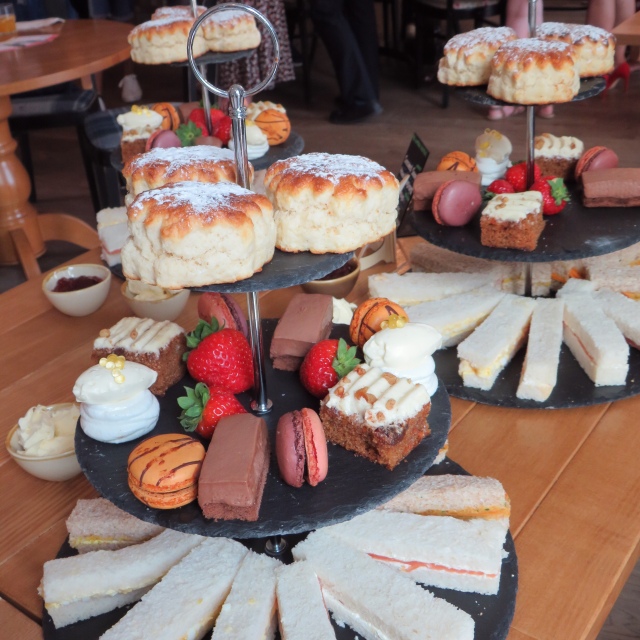 After discovering that Marmalade also offer afternoon tea I couldn’t resist trying it. I was also surprised to learn that they do a vegan afternoon tea (which I was greedy enough to try as well). The selection of sandwiches and cakes was perfect- some establishments skimp on what they give you but Marmalade is definitely NOT one of those. I couldn’t decide which was nicer, the standard afternoon tea or the vegan option as they were equally as scrumptious! 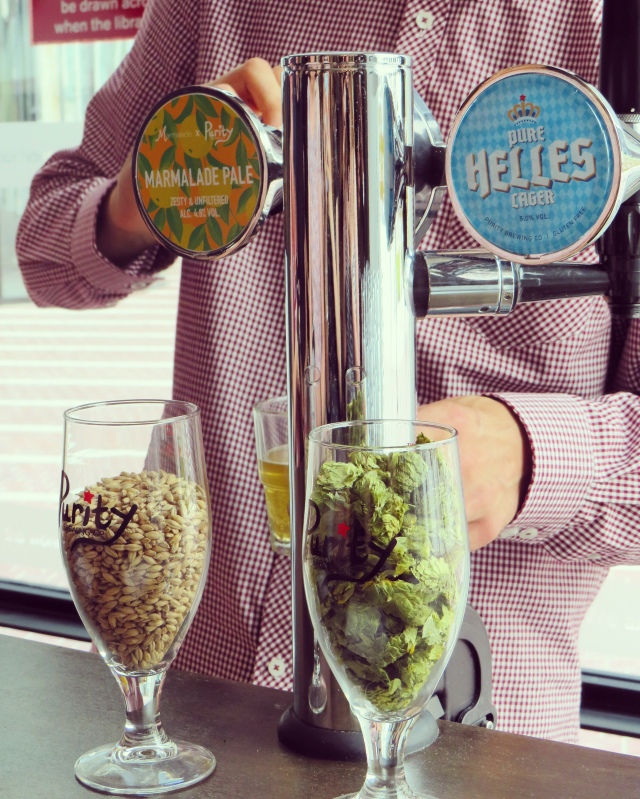 To my delight, Marmalade have also revamped their drinks menu. They have set up a new relationship with local brewery company Purity Brewing co. from Warwickshire. The brewery supply their standard beers as well as a fantastic new Marmalade flavoured pale ale (crafted especially for the re-opening of marmalade!). Unfortunately the ‘Marmalade Pale’ was a one off brew, however you can continue to try their other offerings such as Helles lager, Longhorn IPA and Pure cider all year round. If beer isn’t your thing, Marmalade has a fantastic range of cocktails on offer, with an exciting new addition being the Martini Fiero (created through a partnership with Martini!). If you’re teetotal you can find an inviting selection of mocktails or award winning ethically sourced coffee, supplied by the local roasters Iron & Fire. Whatever your taste there’s something for you! 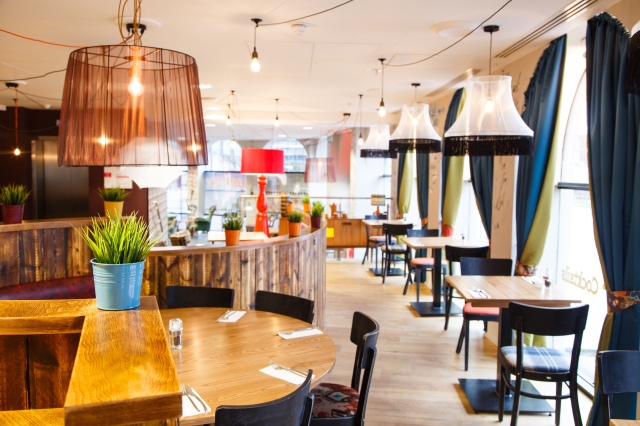 If your looking for somewhere to find fresh locally sourced food at a reasonable price, or to drink some handcrafted beverages whilst relaxing on a terrace, then Marmalade at The REP is the place your place! The full food and drinks menu can be found on their website here.

Disclaimer: The food and drink I received were complimentary, however I was not obligated to do a review, and all opinions in this post are my honest opinions.

Will you be visiting Marmalade at the REP?

There was an error retrieving images from Instagram. An attempt will be remade in a few minutes.